Want To File A Property Tax Appeal? You Gotta Pay! Except When… 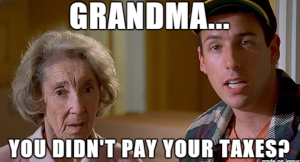 Deciding to file a property tax appeal is a major decision…

So, you just received your property tax bill and noticed the payment has increased and now want to reduce your property taxes.  Easier said than done, but do you have to pay the higher taxes in order to file the appeal? Usually, the answer is a resounding “yes.” This recent Tax Court opinion from Presiding Judge Sundar explains when the answer can be “no”:

RIC Metuchen (“RIC”) filed its petition to reduce its assessed value to the Middlesex County Board of Taxation where the $835,000 assessment was affirmed on June 4, 2021. The deadline to appeal the determination to the Tax Court was July 27, 2021. RIC filed its appeal on June 24, 2021. On July 6, 2021, the Borough moved to dismiss RIC’s complaint as RIC had failed to pay its second quarter taxes (due May 1, 2020). The Borough of Metuchen moved to dismiss RIC’s Tax Court complaint due to its failure to pay its second quarter taxes. RIC contested the motion, stating that delinquent taxes should be paid “by date that the complaint must be filed” and not when the complaint is filed. In other words, RIC argued that the deadline to pay its delinquent taxes was July 27, 2021, the expiration of the 45-day appeal period, and not June 24, 2021, the date RIC filed its complaint.

On March 7, 2021, prior to filing its Tax Court complaint, RIC filed for Chapter 11 bankruptcy. RIC was required to open a debtor-in-possession (“DIP”) account which was delayed due to COVID-19. In July 2021, RIC obtained permission to pay the delinquent property taxes.

At the time that a complaint has been filed with the Tax Court seeking review of judgment of county tax boards, all taxes or any installments thereof then due and payable for the year for which review is sought must have been paid. Notwithstanding the foregoing, the Tax Court may relax the tax payment requirement and fix such terms of payments as the interests of justice may require.

Upon a plain reading of the statute, the law requires that taxes be current at the time a complaint is filed with the Tax Court. Dover-Chester Assocs. V. Twp. of Randolph, 419 N.J. Super. 184 (App. Div. 2011); See also Stewart v. Twp. of Hamilton, 7 N.J. Tax 368, 372 (Tax 1984) (“The language utilized in N.J.S.A. 54:2-39 [now N.J.S.A. 54:51A-1(b)] is clear and unambiguous. Where the words of a statute are clear and unambiguous there is no room for judicial construction”). However, the exception is if the court “determines to exercise its limited discretion to ‘relax the tax payment requirement [or] fix such terms of payments as the interests of justice may require.’” Dover-Chester, 419 N.J. Super. at 190. In determining whether to relax the tax payment requirement, the trial court must weigh all evidence relating to the totality of the circumstances resulting in non-payment and make a fact sensitive determination on a case-by-case basis. Id. at 202.

Here, the Tax Court determined that, in the interests of justice, the tax payment requirement should be relaxed. The Court considered RIC’s institution of its bankruptcy matter and the delay in making the tax payment due to creating its required DIP account and requesting permission for making payment from its DIP account as well as and due to the fact that the Borough was not prejudiced by the late payment. The Court reasoned that although a late tax payment caused a disruption in the flow of revenue to the Borough, that disruption alone was not enough to justify dismissal as a delay was already built into the statute (45-day appeal period). A taxing district could expect to not receive a tax payment until the end of the 45-day appeal period. As such, receiving a late tax payment on the last day of the appeal period does not provide a “loss of revenue” as a basis to dismiss a taxpayer’s appeal from a County Board Judgment nor is it a basis to claim prejudice to a taxing district. As the tax payment was made within the jurisdictional appeals period and within 18 days of filing the complaint, and for the equitable reasons stated above, the Court found that it was appropriate to relax the statutory payment requirement and denied the Borough’s motion to dismiss the complaint.