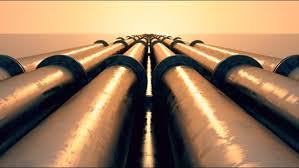 The question presented by the petition was:

“Whether the NGA delegates to FERC certificate holders the authority to exercise the federal government’s eminent domain power to condemn land in which a state claims an interest.”

The Court’s direction to brief and argue a jurisdictional point may be telling the Court’s true motive for taking this “takings” case.  But I don’t think anybody truly knows what goes on behind the velvet curtain.

To briefly refresh memories on the cases, PennEast is a holder of a certificate of public convenience and necessity granted by the Federal Energy Regulatory Commission for construction of a 100 + mile new through the green fields of the Garden State and Pennslyvania.  In February of 209, filed about 120 condemnation cases in the United States District Court for the District of New Jersey seeking authorization from the Court to take private property without the owner’s consent.  In about a third of the cases, the State, Department of Environmental Protection was named a party defendant by reason of conservation easements burdening the property owner’s land for the benefit of the State.  Many of the owners challenged the right to take on various grounds, and the State, DEP objected primarily on Eleventh Amendment grounds.  The District Court rejected the arguments of the owners and the State, entered judgments permitting the takings by eminent domain and thereby giving the pipeline company the “green light” to start its project on these properties (Our firm represented several of the property owners in these cases).

The State appealed to the Third Circuit Court of Appeals.  The opinion issued in September of 2019.  The Circuit Court vacated the Orders of Condemnation because “New Jersey’s sovereign immunity has not been abrogated by the NGA, nor has there been – as PennEast argues – a delegation of the federal government’s exemption from the State’s sovereign immunity.” 938 F. 3d at 100.  The Circuit Court gave three reasons why it doubted PennEast’s argument that there was an “implied delegation of the federal government’s Eleventh Amendment exemption under the NGA,” which according to the Court “ignore[d] rather than confront[ed] the distinction between the federal government’s eminent domain power and its exemption from Eleventh Amendment immunity.” Id at 105.  The most interesting reason for this writer is the second one expressed by the Court:

The court expanded on the private-condemnor distinction concept later in the opinion:

“Non-delegability makes sense since there are meaningful differences between suits brought by the United States, an accountable sovereign, and suits by private citizens. Blatchford , 501 U.S. at 785, 111 S.Ct. 2578. Suits brought by the United States are “commenced and prosecuted … by those who are entrusted with the constitutional duty to ‘take Care that the Laws be faithfully executed[.]’ ” Alden , 527 U.S. at 755, 119 S.Ct. 2240 (quoting U.S. Const., art. II, § 3 ). Private parties face no similar obligation. Nor are they accountable in the way federal officials are. See id. at 756, 119 S.Ct. 2240 (“Suits brought by the United States itself require the exercise of political responsibility for each suit prosecuted against a State, a control which is absent from a broad delegation to private persons to sue nonconsenting States.”).

Those considerations are clearly in play in the PennEast Pipeline eminent domain context. There, the condemning party controls the timing of the condemnation actions, decides whether to seek immediate access to the land and maintains control over the action through the just compensation phase, determining whether to settle and at what price. The incentives for the United States, a sovereign that acts under a duty to take care that the laws be faithfully executed and is accountable to the populace, may be very different than those faced by a private, for-profit entity like PennEast, especially in dealing with a sovereign State. In other words, the identity of the party filing the condemnation action is not insignificant.” 938 F. 3d at 107.

Looks like oral argument will be scheduled for April of this year.  We will be tuned in…