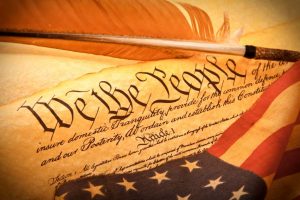 Since our last post several days ago, Can the COVID-19 Panemic Allow the Government to Seize My Private Property?, so much has happened in our world that it would be impossible to try and analyze or even digest all of legal issues that the state of emergency has presented relating to property rights and individual liberties.  These issues evolve and change with each day that passes.  With that in mind, as we navigate our way through these unprecedented times and the increasing use by government agencies around our country of their “emergency” powers, a basic primer on how to dissect current or future efforts from a legal perspective may provide our readers with some perspective and guidance for the current times and the future events that are likely to occur.

We start with a reminder that any true emergency may empower government to undertake action(s) that would not be authorized in non-emergent situations. For instance, if your house is on fire, local fire, police and emergency workers would be authorized to forcibly enter the property to save lives and property, while they  can’t do that ordinarily, at least unless they have a warrant or some other valid reason.  For a cogent summary of how emergent situations can cause government to take actions which may impair personal property rights and liberties, we commend your reading to our Owners Counsel colleague Robert Thomas, in his post: “Emergencies, Police Power, Commandeering, and Compensation:  Essential Readings”

Emergency declarations and executive orders have been entered during the COVID-19 pandemic by the President, by many Governors, and at other local and regional levels of government.  Most of them state that the government agencies may “commandeer” private property if needed and deprive citizens of other liberties and rights, the like of which has not happened in our country’s history, except perhaps in times of war.  Late last week, the first-known lawsuit challenging a government shutdown or “stay at home” order  was filed in a Pennsylvania Federal Court, alleging a taking of a local business (which manufactures musical bells) resulting from its forced closure.  Faced with the prospect of more similar actions in the future, more possible restrictions to be imposed, and a possible prolonged state of emergency in our country until the health crisis is contained, how can our citizens measure whether these governmental actions and mandates are, in fact, properly premised upon the law in our nation of laws?

As we look forward, and knowing that either existing or future emergency actions have or will affect our rights, we must remind ourselves that ALL government power in our country emanates from the United States Constitution, which purposefully established (a) a system of checks and balances with three branches of government, (b) the principal of federalism, which creates and recognizes two sovereign powers, the federal and state governments, and (c) a Bill of Rights which further specified the limitations of the government’s powers.  Quite simply, the U.S. Constitution imposes limits by dividing government against itself – both by giving different branches of government separate functions and by forcing different governments to share power.

With these basic constitutional law principles guiding us, we can then ask how government is empowered to act in emergent situations, and consider whether those actions are properly authorized.  For instance, we know that (i) the legislative branch creates or makes the laws; (ii) the executive branch administers and executes the laws; and (iii) the judicial branch reviews and interprets the laws, including the actions of the other two branches of government.  So how is it that an executive like the President, a Governor, a regional or county leader, or a mayor, can wield his or her pen by signing an “executive order” which authorizes the government to seize or “commandeer” private property, or to “shut down” certain businesses and liberties or not others?  The answer to these questions can be found by determining whether those executive actions or mandates fall within the power of the executive branch or not.  As an example, the executive orders issued by New Jersey Governor Murphy which authorize the government to “commandeer” properties and to shut down “non-essential businesses” both cite to prior legislative actions where the State legislature already made the laws in question and the executive branch is now administering or enforcing those laws.  Similarly, President Trump’s emergency declaration refers to the powers created by Congress in 1988 legislation known as the Stafford Act, and his declaration administers or executes those powers, mainly through the Federal Emergency Management Agency (“FEMA”).

But when does the administration or execution of power seemingly authorized by legislation, and administered through an executive order, a forced shutdown or other similar action by federal, state or local agencies or officials (police or otherwise) go too far?  That becomes a more difficult question to answer, but we take comfort in our recognition that the limits of executive power or legislative power are supposed to be reviewed by our courts.  And, more specifically, the judicial review of the actions of the executive branch of government is not limited to whether that branch went too far and exceeded its own powers relative to the other branches of government. Judicial review would also apply to the question of whether one state or local government has acted in violation of the principles of federalism.  These constitutional limitations of government’s power were the focus of a recent op ed by retired New Jersey Superior Court Judge Andrew Napolitano, now a frequent news commentator:  What Good Are Constitutional Rights if They Are Violated When Americans Get Sick?

Unless the Constitution(s) are amended, which for the U.S. Constitution ordinarily requires (1) a 2/3 vote of both the U.S. Senate and the House of Representatives and (2) ratification by 3/4 of all 50 states, the protections and checks and balances instilled therein should provide Americans with some assurance that the violation of their rights resulting from the enforcement of the law, even during our state of emergency, should afford them redress.  And although individual rights may be deprived during the state of emergency, hopefully that deprivation will be temporary, the deprivation will not be so severe that it will cause irreparable harm to individual(s), and the state of emergency will be a distant memory by the time the deprivation can be reviewed by the judiciary in order to determine whether such deprivation entitles the deprived party to a viable remedy at law or in equity. And for those situations where the deprivation causes an emergency – such as irreparable harm, our courts can use their own emergent powers (like emergent injunctive relief) to perform their powers of judicial review.

We are not wishing these times or events on anyone, but recognize that they are here now, and likely to stay around longer than anyone wants or may have anticipated.  Our hope is that, through it all, we can be mindful and appreciative that we are a nation of laws, and those laws can hopefully be made, executed and interpreted consistent with the ideals that created our nation, and that will allow us to face this challenge, to endure and to advance.