Chabad of the Beaches “Takes” On the Village of Atlantic Beach 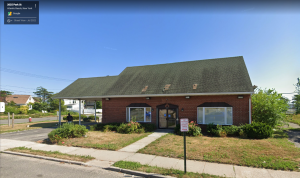 A recent eminent domain case unfolding across the river involves the potential taking of property owned by Chabad of the Beaches (“Chabad”), a Jewish community group, to be used for religious purposes. Chabad was founded by the Rabbi Eli Goodman and his wife, Beila Goodman, to serve the Jewish population of Long Beach Barrier Island. Chabad owns the property at 2025 Park Street in the Village of Atlantic Beach (“Village”) in Nassau County, New York.

Shortly after Chabad’s purchase, and less than a few weeks after Chabad used the property to celebrate Hannukah, the Village began its attempt to take the property by using the awesome power of eminent domain. While it is still unclear for what purpose the Village intends to utilize the property for, Chabad believes the Village intends to use it for a community center and lifeguard operations facility. On December 13, 2021, at a meeting of the Village’s Board of Trustees, the Board unanimously adopted a resolution to begin the process of seizing 2025 Park Street through eminent domain. On January 10, 2022, the Village held a public hearing to discuss the acquisition. Some residents questioned why the Chabad property had to be taken since there existed multiple other Village owned undeveloped properties that were suitable for the Village’s purposes. In February 2022, the Village Trustees voted to take the Chabad property through Eminent Domain. On June 14, 2022, the Village filed its petition for condemnation for the Chabad property in June 2022 in New York State Supreme Court, Nassau County. Despite the New York Eminent Domain Procedure Law stating the requirement that “[w]herever practicable, … make [an] offer [of just compensation] prior to acquiring the property,” N.Y. Em. Dom. Proc. Law Sec. 303., Chabad argues no such offer was ever made by the Village.

The day after the initiation of Chabad’s complaint, United States District Court Judge Joanna Seybert issued a temporary restraining order staying the Village from proceeding with the taking. On September 6, 2022, Judge Seybert, issued a preliminary injunction against the Village’s claim of eminent domain. In granting the preliminary injunction, Judge Seybert noted “Defendants’ decision to acquire the Property by eminent domain will burden Chabad’s religious exercise by curtailing its outreach mission to the Jewish community.”

Will Chabad be able to stave off the Village’s eminent domain attack? Stay tuned to see how this battle unfolds…