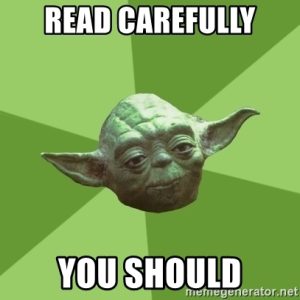 The subject property spans over 60 acres and is located at 1200 Route 22 East in Lopatcong and Pohatcong Twps. After Plaintiff filed tax appeals in both municipalities for tax years 2016-2020, Lopatcong filed counterclaims for years 2017-2020 and Pohatcong filed counterclaims for years 2016-2019. Plaintiff acquired the property which consisted of 558,204 square feet of gross leasable area and several outbuildings containing restaurant pad sites. After selling some of the units and demolishing a unit due to a fire, 300,635 square feet of gross leasable area remains.

At trial, Plaintiff offered its appraiser, who offered the following value conclusions for tax years 2016-2020, respectively: $7,000,000, $6,000,000, $5,500,000, and $5,750,000. Lopatcong offered testimony from a professional planner and Pohatcong offered testimony from a professional planner and engineer. At the close of evidence, defendants moved under R. 4:40-1 for entry of judgments at trial arguing: 1)Plaintiff’s expert possessed inadequate knowledge and understanding of Lopatcong and Pohatcong’s zoning ordinances, zoning map and permitted uses, 2)Plaintiff’s expert, in performing his sales comparison approach, identified sales that were of uses not permitted under the zoning ordinances, and 3) defendants argue that in performing his income capitalization approach, plaintiff’s expert failed to employ market or economic rents. As such, defendants argued that plaintiff had failed to overcome the presumption of validity that attaches to local property tax assessments.

When undertaking a highest and best use analysis, legally permissible and physically possible criteria must be applied before considering financially feasible and maximally productive criteria. Judge Novin determined that plaintiff’s appraiser failed to conclude what the highest and best use of the property was, as vacant and as improved. A “highest and best use conclusion should specify the optimal use (or uses), when the property will be put to this use or achieve stabilized occupancy, and who would be the most likely purchase or user of the property.” Clemente v. Township of South Hackensack, 27 N.J. Tax 255, 268 (Tax 2013) (citing The Appraisal of Real Estate, 139 (13th ed. 2008). In addition, Judge Novin determined that plaintiff’s expert’s report was “fatally flawed” as it stated that the highest and best, as vacant and as improved, “skewed towards an industrial development” which was not a legally permitted use in either municipality. The proposed industrial highest and best use could have been sufficient if the expert supplied credible evidence that the use was reasonably practicable and reasonably probable. State v. Caoili, 135 N.J. 252, 263 (1994). However, when further questioned regarding his opinion, plaintiff’s expert was unable to demonstrate that a reasonable probability existed for a zoning change. An unsupported assumption of a zoning change or grant of variance relief for a use not legally permitted renders the highest and best use conclusion deficient.

Accordingly, the Court concluded plaintiff failed to overcome the presumption of validity afforded to local property tax assessments. Additionally, as defendant offered no evidence of the property’s value (only providing an expert planner/engineer), the Court affirmed the assessments for tax years 2016-2020.