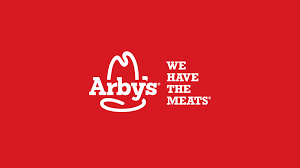 A favorable jury verdict in a Kentucky takings case was recently reversed because the trial court refused the condemnor’s request that the jury view the property.  A copy of the opinion is here.

Under Kentucky law, the jury “shall be sent by the court, in the charge of the sheriff, to view the land” upon the motion of either party. The State made the motion, which the trial court initially appeared to agree that a view was necessary. But ultimately, the trial judge denied the motion for a jury view “as the jurors had likely eaten at Arby’s which was located across the street from the subject property.”  The trial judge polled the jury about whether they had eaten at the Arby’s and then denied the motion.

It appears that the State’s position at trial was about $90,000, and the owners’ claim was around $700,000.  The jury awarded $500,000.  The State appealed arguing it was reversible error not to permit the jury to view the property.  The owner argued that there was no reversible error because; 1) a jury view is not evidential; 2) satellite and aerial imagery was introduced at trial; 3) the main evidence was the value of the warehouse that was demolished prior to the time of trial.

The appellate court agreed with the State, and held that the jury view was mandatory and that the trial court’s “Arby’s exception” did not fit within the narrow statutory exceptions of “extreme or unusual circumstances.”  The appellate court rejected the argument that the demolition of the warehouse was such an “extreme and unusual circumstance.”  It looks like the appellate court’s hands were tied by a prior Kentucky Supreme Court case that reversed a verdict on analogous facts (demolition of improvements), “for whatever value it might have afforded the jury a view should have been permitted. It is true the witnesses attributed more value to the destroyed building than to any other element.”

New Jersey also has a jury view rule; however, it’s permissive. “The court may permit the jury to view the land and property to be taken depending on the circumstances of the case.”  R. 4:73-7. Personally, I have always enjoyed the jury view part of a trial.  It’s like a school field trip.  The jury and the judge get in a sheriff’s van and go to the property.  It breaks up the trial and gets the jury involved.  Like Kentucky, a jury view is not evidential, and the purpose is to help the jurors understand the evidence presented.  Clearly, a view adds time to the duration of a trial, and where the parties will likely introduce pictorial evidence of the condition, location, and amenities of the property, a view might be considered unnecessary and archaic.  This is especially true where the condition of the property has changed since the date of taking, i.e. the improvements were demolished and a highway was constructed.

Much like my preference for in-person jury trials, I remain committed to the notion that the jury should see the property.  I fear the “view” may be going the way of the dinosaurs.