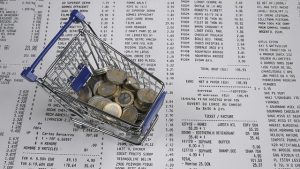 Soon thereafter, the investor filed complaints seeking rescission of their tax sale certificate purchases
and reimbursement of taxes they paid on the properties. The trial court, sitting in chancery, found plaintiffs were not entitled to equitable relief and denied rescission.

On appeal, the reviewing court noted the undisputed facts that the lots in question had been burdened with the conservation easements prohibiting their disturbance or development as a result of litigation involving a larger, parent tract of land.  In that litigation, a former owner entered into a settlement with the New Jersey Department of Environmental Protection whereby the NJDEP consented to a multi-lot residential subdivision provided, inter alia, that the two lots in question would not be developed and would be subject to the conservation easements in deed restrictions that were then recorded in the chain of title.  The NJDEP notified the municipal clerk of the easements in 2002, but the municipal tax assessor (who had held the post since 1989) was never notified of the deed restrictions.  As a result, the properties were assessed without regard to the conservation easements, reflected assessments as if the properties were developable, and property taxes accrued thereon, leading the investor, Garden State, to purchase the tax sale certificates for delinquent tax amounts that resulted from assessments that were much higher than the market value of the properties, but were never appealed.

The appellate court, like the chancery judge, weighed the relevant equities involved in the matter.   The court reasoned that the township tax assessor was unaware of the conservation easement, and also that the plaintiffs,  themselves experienced tax sale investors, should have known about any limitations on the property by performing simple due diligence including a title search before completing their purchases.

Because the township made no misrepresentation and engaged in no unfair conduct, the court held that plaintiffs were not entitled to an equitable remedy.  Furthermore, plaintiffs’ failure to act more diligently in ascertaining any defects in or limitations on their investments barred their claim for equitable relief, particularly against the township, which was found to have acted “passively and innocently throughout”. See Harrington v. Heder, 109 N.J. Eq. 528, 534 (E. & A. 1932) (invoking the maxim that “[e]quity does not aid one whose indifference contributes materially to the injury he complains of”); Lever v. Thomas, 340 N.J. Super. 198, 203 (App. Div. 2001) (invoking the maxim that “equity favors the vigilant”).