As a follow-up to our July 21st posting on a significant recent case from the Georgia Supreme Court, we’re thrilled to provide this special guest blog from Charles Pursley, Esq., who served as counsel to the property owner in the Dillard case.  More info about Charles and his firm are available on his website.  Thanks for the contribution, for your work in protecting property owners’ rights, and your thoughts, Charles! 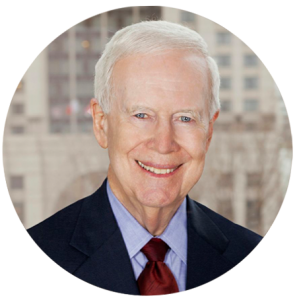 The complexities of eminent domain law can baffle inexperienced lawyers.  Appraisal methods, procedural stipulations, and over two centuries of jurisprudence form an intricate network that dictates how and when private property can be taken.  However, regardless of how convoluted the field is, there are concrete principles that remain certain.  In Dillard Land Investments, LLC v. Fulton County, the Georgia Supreme Court spoke clearly and decisively about Fulton County’s attempt to abuse the system.

After a special master awarded $5,187,500.00 as compensation for the taking of Dillard’s land, Fulton County attempted unilaterally to dismiss its case without paying the just and adequate compensation owed the plaintiff.  The trial court vacated and set aside the County’s attempt to dismiss its case and ruled that the County was required to pay the award because it failed to file an appeal for a jury trial to contest the amount.  The Court of Appeals found much differently and reversed the decision.  An ultimate appeal to the Georgia Supreme Court resulted in a ruling that, after entry of the award of the special master, Fulton County was no longer entitled to dismiss the condemnation proceeding.

The Court reasoned that an award of a special master has the same legal effect as an assessor’s award.  When the award was entered, it became the judgment of a tribunal fixing the rights and liabilities of the parties, including Fulton County’s liability to pay the $5,187,500.000.  Attorney Charles Pursley Jr., who represented Dillard Land Investments in the case, said the opinion “reinforces the principal that condemning authorities must operate within the constraints of the law”.  The Court of Appeals’ decision would have deprived property owners of the right to be compensated for a government’s actions in taking private property.  “Legally and ethically, eminent domain must be exercised with utmost good faith”, Pursley went on to explain “the Court of Appeals decision would have given condemning authorities the right to simply walk away and leave the condemnees without just and adequate compensation.”  Condemnation cases “usually take years before they even get to a special masters hearing.   They begin with public information meetings – after which tenants may move out and it’s impossible to sell the land.  You generally can’t recover for pre-condemnation damages.  When you can’t sell, you can’t rent, and your property is losing value; damages accrued by the time the special masters award is decided are much more than attorney’s fees.   Allowing the condemning authority to require the property owner to go through a protracted process, possibly multiple times, and still allow the condemning authority unilaterally to withdraw would be an abuse of property owner’s rights”.

The Supreme Court opinion dissects how the Court of Appeals came to a position contrary to their own ruling by pointing out that the court misread the only case addressing the condemnation statute in question, and misinterpreted the intention behind the statute.  The Court of Appeals decision would inequitable allow condemnors to pick and choose the appraisal value they prefer by rejecting an unfavorable award and using multiple special master’s hearings instead of filing an appeal and facing a jury trial.  As Pursley points out, “if condemning authorities are confident in their appraisals, there should be no objection to following the statutorily prescribed appeals process to defend it in court.” The Supreme Court’s decision ensures that all condemnation procedures will continue to be used consistently and correctly.