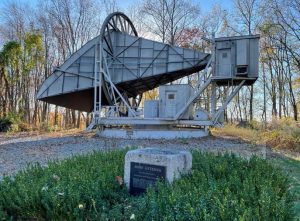 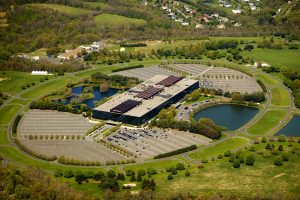 The site of the former Nokia property in Holmdel Township could be receiving a makeover if the Township Committee gets its way. On November 22, 2022, the Holmdel Township Committee passed resolution 2022-307, authorizing the Township Planning Board to investigate whether the property at 791 Holmdel Road may be designated as an area in need of redevelopment for non-condemnation purposes. Such a designation would permit the Township to adopt a redevelopment plan to implement rezoning, and to offer long-term tax abatements to any redevelopment project. The extent of the Township’s plans for the property is unclear but Holmdel Mayor Greg Buontempo noted “I’m trying to work from a disadvantaged position to do something positive to proactively save and preserve it.”

Thereafter on December 6, 2022, the Holmdel Planning Board voted 8-1 in favor of directing the planning and real estate consulting firm of Phillips Preiss Grygiel Leheny Hughes to prepare a report to determine whether the study area was to be designated as “non-condemnation area in need of redevelopment.” The sole “no” vote was from member Ron Emma who stated he believed the property should be preserved as part of the municipality’s open space plan instead of redevelopment. Chairwoman of the Board, Serena DiMaso, suggested residents concerned about the preservation of the antenna “should bring those concerns to the Township Committee as they will be making the final decisions on those.”

The property is mostly wooded with a roughly 50,000 square foot research building and is famously home to former Nokia Bell Labs (property sold to a private owner in 2021 for 3.6M) which still contains the Holmdel Horn Antenna, a designated United States national historic landmark. The Horn Antenna is a decommissioned large microwave radio telescope that was used to study microwave radiation from beyond the Milky Way. The research conducted at the site confirmed evidence of the Big Bang Theory as the origin of the universe. In 1988, the Horn Antenna was named a National Historic Landmark. Three local organizations, Citizens for Informed Land Use, Friends of Holmdel Open Space, and Preserve Holmdel have now begun circulating a petition to preserve the site for open space. The CILU said in a statement that the site is an “irreplaceable piece of Holmdel’s celebrated scientific history.”

Mayor Buontempo stated “While the former Nokia property is now owned by a private developer, the maintenance and preservation of the historic Holmdel Horn Reflector Antenna remains an important goal for this Township Committee. We look forward to continuing to work with the property’s owners on developing a plan that takes into account the national historic landmark that exists within our community.”

Stay tuned for any updates as to what will happen to one of New Jersey’s most famous properties!