Are Property Taxes Too High In New Jersey? 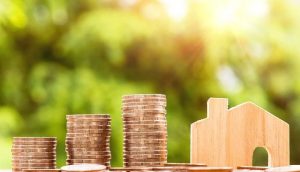 These statistics have not surprisingly led to criticism from New Jerseyans regarding the amount they are taxed. A local article has discussed these concerns with New Jersey residents. A real estate agent has stated that when looking into purchasing a home in New Jersey, his clients have factored into their decision the amount of property taxes which would have to be paid. Another, a New Jersey resident who will turn 50 years old this coming year, is concerned about the amount taxes are due to rise and his ability to afford these taxes as he gets older.

Aside from these anecdotal instances, rising taxes seem to be a rising concern for most New Jerseyans. The article states that multiple surveys find rising taxes to be the main concern for New Jersey families. While property taxes are large, as well as income taxes, other costs like travel expenses and tolls also financially strain New Jerseyans.

With New Jersey residents struggling to pay taxes, why are people still residing in New Jersey? A major answer would be New Jersey’s school system. People value the education system New Jersey provides and are willing to pay more in taxes to ensure their children receive a better education. Recently, the New Jersey’s public school system was named as the best in the country. That may also be a reason why taxes are typically higher in suburban areas, as parents are seeking communities that have good school systems. The major portion of funding for schools is paid for by local municipal property taxes. One real estate agent characterized the property tax system as having three tiers: most expensive are the suburban areas, followed by urban areas, followed by rural areas as being the least expensive. Another area of interest for residents is local property tax’s use for local government measures like safety and social protection, which is a key factor for some residents, particularly during recent times.

What are your opinions on property taxes? Are they too high? Are you okay with higher property taxes if it means better services like public schools or other local government services? Let us know in the comments.

If you would like to read the article from the Wall Street Journal, please click here (subscription required).

The author acknowledges the assistance of William Olson, a law clerk at McKirdy, Riskin, Olson & DellaPelle, in preparing this article. Mr. Olson is a member of the class of 2021 at Rutgers Law School