In an appeal of the 180-bed Eagle Rock Convalescent Center in West Caldwell, the Tax Court again rejected the use of the income valuation approach in valuing nursing homes. 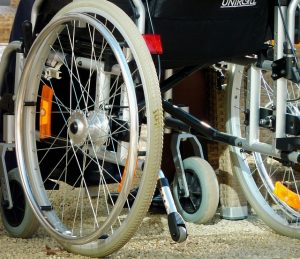 The Taxpayer argued for a reduction in its property tax assessment due to more than 50% of its population being Medicaid recipients and a depreciating Medicaid rate.  While such facilities are income-producing, the court rejected the use of the income approach to value the property.  The court recognized that such facilities provide both personal care and lodging for its residents and the difficulty in extrapolating the income derived from the realty as opposed to the business.  To address this conundrum, the taxpayer’s expert relied upon what is known as the “Rushmore” approach, commonly used in the valuation of hotels and golf courses.  This method separates the income attributable to the use of the real estate from the income generated by the operation of the business.

The Judge’s Ruling on the Rushmore Income Valuation Approach

The Judge here was not persuaded by the Rushmore approach and identified the same shortcomings previously relied on by the Tax Court in declining to accept the income valuation approach to value nursing homes.  Specifically, the court found that this valuation method for nursing homes is “unreliable” due to the lack of lease transactions or evidence of income attributable solely to the use of the real estate.

The court concluded that the cost approach is the more reliable indicator of value for such facilities.  In this case, appraisers for the taxpayer and Township employed the cost approach (taxpayer’s expert relied more heavily on his income analysis).  While the court accepted the cost approach, it rejected the reliance by the appraisers on the use of Marshall & Swift’s cost estimating software to determine the replacement cost value.  The judge noted the Tax Court’s previous rejections of reliance on software-based unit costs.  The court made clear the necessity of confirming the software derived estimates through other means such as manual calculation or production of actual construction costs.

A copy of the Tax Court decision in Eagle Rock Convalescent Center v. Township of West Caldwell may be found here.

A copy of the Tax Court decision in Eagle Rock Convalescent Center v. Township of West Caldwell may be found here.

For more on the Cost Approach & Valuation of Nursing Homes see:

Stick to the Cost Approach When Valuing Nursing Homes

Will it be strike 3 for cost estimating software in the NJ Tax Court? Stay tuned.

The Cost Approach: Hard Costs vs. Soft Costs in the Context of Tax Appeals.