Exemption Status Denied – Where is the Charitable Purpose? 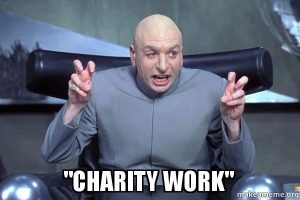 This recent Tax Court decision by Judge Mark Cimino stems from the plaintiff, Urmajesty Banktruckfit Solutions, Inc. (“Urmajesty”) seeking property tax exemption status on its property. Tax exemption was previously denied by the Tax Assessor which was upheld by the Atlantic County Tax Board. Urmajesty appealed to the Tax Court where it filed its summary judgment motion for property tax exemption status. Judge Cimino denied Urmajesty’s motion finding that there was a genuine issue of material fact as to Urmajesty’s charitable purpose and as to who owned the property.

Urmajesty is organized as a non-profit and is designated as tax-exempt under section 501(c)(3). In January 2018, Zumar Dubose purchased the property, 718 Baltic Avenue, Atlantic City (“subject” or “subject property”) from the Atlantic City Housing Authority. In February 2018 the property was transferred from Zumar Dubose to Urmajesty and Zumar Dubose. Registration of alternate name was filed with the Department of Treasury indicating the alternate name for Urmajesty is “Urmajesty Banktruckfit Solutions, Inc. and Zumar Dubose.” In July 2019, Urmajesty stated its certificate of incorporation was amended in February 2018 to indicate that it is “organized exclusively for the moral and mental improvement of men, women, and children at 718 Baltic Ave Atlantic City…”

Urmajesty, in its answers to interrogatories, did not offer any evidence to support that the property was used for charitable purposes. Further, upon inspection, the Tax Assessor noted the property was being used as a typical single-family home. Tax-exempt status requires a property must be owned by an exempt status and used for an exempt purpose. Mega Care, Inc. v. Union Twp., 15 N.J. Tax 566, 573 (Tax 1996), aff’d, 22 N.J. Tax 604 (App. Div. 2004). Additionally, the Court found issue that the property was transferred not only to the tax exempt entity but also to Zumar Dubose. The Court was concerned with the current ownership structure and questioned what would happen if a judgment was entered against Dubose or if Dubose could take a mortgage on the property. The Court held there are strict standards for exemption which it is reluctant to grant where there is potential for private benefit. Denial is affirmed.