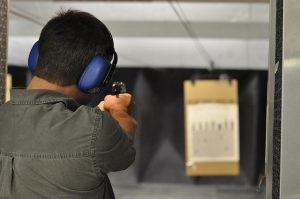 An association of gun clubs filed New Jersey’s latest challenge to Governor Murphy’s shutdown orders this week in U.S. District Court, asserting that their gun and rifle ranges should be permitted to reopen.  The lawsuit, filed on May 12, seeks injunctive relief, requesting that the Court order the “immediate reopening” of their facilities, which have been shut down since mid-March.

This lawsuit is one of many that have been filed around the United States in recent days and weeks.  As the COVID-19 pandemic endures, more challenges to the stay at home orders have been filed, which indicates that a growing number of Americans have concerns about the duration and breadth of the Executive Orders.  Most challenges have failed, but earlier this week the Wisconsin Supreme Court struck down that State’s Executive Orders as being beyond the power vested in the executive branch of government.   Other challenges, such as the NJ Rifle and Piston Clubs’ complaint filed this week, contend that the executive orders impermissibly restrict fundamental Constitutional rights, such as the First Amendment’s right to freedom of expression and religion, or the Second Amendment’s right to bear arms.  And, while most of these challenges have failed thus far, those which seem to have the strongest chance of succeeding will either involve claims (like in Wisconsin) suggesting that there is a violation of the separation of powers doctrine, or that the orders impermissibly result in the unequal protection of laws against different classes of persons, which is prohibited under the 14th Amendment to the U.S. Constitution.

The gun club lawsuit has already hit the local media:

If Golf Courses Can Open, Gun Clubs Should Be Too

What happens next will be interesting to follow, as the request for injunctive relief could be decided very quickly.