I’m not keeping a running tally, but the list of suits challenging broad executive “shutdown” orders grows daily.  Everyone who has gone without a haircut for the last 60+ days (including yours truly) are rooting for the licensed beauticians to succeed!  The full text of the complaint is found here.  The gist of the takings’ claim lies in the assertion that plaintiffs and the other 500,000 licensed beauticians are barred from using State issued licenses without “just compensation.”  The licenses are the “property” allegedly taken.

Plaintiffs also raise an equal protection argument because – much like other State’s Orders – “essential” businesses are allowed to continue to operate while plaintiffs “have ceased licensed operations and have had no income from their respective Board-licensed activities in the beauty  professions since the Defendants issued the Orders.” The critical fact in this case is that workers supporting the entertainment industry are declared essential, including “beauticians, hair stylists, and manicurists” employed by film studios.  Whereas, privately Stated-licensed “beauticians, hair stylists, and manicurists” are “non-essential” and barred from operating (even if they could comply with CDC “social distancing” guidelines).

Overly broad Executive Orders that facially provide preferential treatment to one class of persons may violate the Equal Protection Clause of hte 14th Amendment, and should not withstand judicial scrutiny even in the face of a national pandemic, especially where our collective efforts have resulted in a flattening of the virus curve.  Advocates of these individual liberties which are guaranteed to all Americans suggest that now it is time to flatten the economic curve and let those people who want to return to work, return to work.  The judicial branch has always been the best check on executive power, and our courts should be reviewing where Executive Orders may have gone too far.

While the framers of our Constitution might not have imagined times such as these, they crafted a Constitution that limited and separated governmental powers and reposed all power in the People. 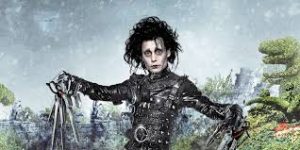