Another Day, Another Sale Not Verified

Home » Property Tax Appeal » Another Day, Another Sale Not Verified 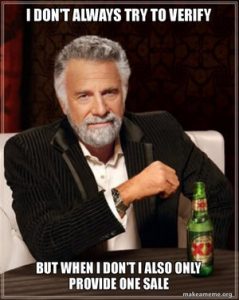 This matter stems from plaintiffs’, Anthony and Patricia-Miliano Paolo, 2019 appeal of their property in the Borough of Bradley Beach. Plaintiff petitioned to the Monmouth County Tax Board to reduce its assessment from $657,700 to $563,000. The Paolos provided the sales of three residences in the Borough but only relied on one as the best indicator of value. The County Board affirmed leading to this appeal to the Tax Court.

At trial, the Paolos, appearing without counsel, described the Subject Property as a one-story, single-family residence built in 1983, with 1,836 square feet of gross living area, situated on a 75 x 127 square foot lot that they purchased in 1996. It contains two bedrooms and one full and one half bath. There is no basement, deck, porch, pool, garage or driveway. The Paolos testified that there were two major characteristics of the Subject that reduced the buyer pool: 1) the house only has two bedrooms and 2) no garage or driveway.

The Paolos relied heavily on one comparable sale as the best indicator of value, 426 Monmouth Avenue, which sold for $575,000 in October 13, 2017. This was a ranch-style, single-family residence on a 50×128 square foot lot, built in 1924, with a gross living area of 1,515 square feet, three bedrooms, a 3 car driveway, a deck and a partial basement. This property was originally listed at $639,999 before being reduced to $595,000 and selling for $575,000. The Paolos had not personally inspected this property, but maintained they had viewed it on the internet. They further stated the Subject Property was superior in terms of lot size and gross living area but said these features were more than offset by the comparable’s superior features: the three-car driveway and the extra bedroom.

The Court was unpersuaded by the 426 Monmouth Avenue sale. It cited the steep reduction from listing to sales price as a red flag that alluded to the sale potentially not being arms-length. Neither party offered an explanation as to the circumstances of the sale. Additionally, the Court examined the issue of how much of an adjustment was required to be made to the Monmouth Avenue sale price of $575,000. The Court concluded that it could not simply assert that the value of the superior features of the comparable and subject property cancel each other out.

The Tax Court can only make an independent assessment of value based on the evidence before it. Twp. of Warren v. Suffness, 225 N.J. Super. 399, 414 (App. Div. 1988). Here, the Court held the Paolos’ reliance on the unadjusted sale price of one comparable is not persuasive evidence of the Subject’s true value and does not meet the taxpayer’s burden of providing “sufficient competent evidence of true value of the (subject) property.” See Siegfried O. v. Twp. of Holmdel, 20 N.J. Tax 8, 20 (Tax 2002). Accordingly, the County Board judgment was affirmed.

A copy of the Paolo v. Borough of Bradley Beach decision can be found here.