No Running From a Chapter 91 Request (It Runs With The Land!)

Home » Property Tax Appeal » No Running From a Chapter 91 Request (It Runs With The Land!) 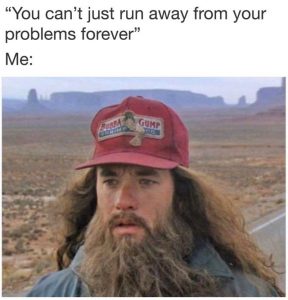 In this recent tax appeal, plaintiff, Fulton Partners, LLC (“Fulton”) filed an appeal for tax year 2017. The City of New Brunswick (“New Brunswick”) moved to dismiss for Fulton’s failure to provide responses to its Chapter 91 request. The Tax Court granted New Brunswick’s motion in part and dismissed the tax appeal for lack of prosecution. The Appellate Division affirmed.

Fulton purchased the Subject Property in August 2016 from Fulton Gardens (“Gardens”).  Prior to the sale in June 2016, the tax assessor for New Brunswick sent Gardens, by certified mail, an Annual Request for Income & Expense Information for the Property (“Request”). The Request was sent to the correct address for Gardens, which was a tenant in the building. The certified mail was signed for and accepted on June 6, 2016 by Mary Jo Mieszkuc (“Mieszkuc”), an employee for another company in the building. Mieszkuc stated it was normal practice as a courtesy to the absent tenant to sign in their stead. She signed and placed the mail on the filing cabinet in front of her office. A partner at Gardens who handles such requests does not recall receiving the Request.

A property owner has 45 days to respond to a Chapter 91 request. If no response is made, the property owner loses the right to appeal that year’s assessment. Here, the 45 day period ended on July 21, 2016, 27 days prior to Fulton purchasing the property. Gardens did not respond to the Request and argued it did not actually receive the Request. The Tax Court could not decide whether Gardens received the Request based on the conflicting certifications provided. Instead it planned to hold a plenary hearing to determine the credibility of each side, however, both neither party wanted to pursue a hearing. The Tax Court held it could not conclude based on the certifications alone whether the Request was delivered to the owner and drew a negative inference that the Request was delivered and received by Gardens.

The Appellate Division determined that an owner’s failure to respond to the Chapter 91 request runs with the land, thereby binding a purchaser. Here, it was the responsibility of the purchaser to inquire whether a Chapter 91 request had been made. Moreover, the tax assessor had no duty to notify the new purchaser of the previously made request or even allow the new purchaser to submit the income information beyond the 45-day period. The court held that although this seemed harsh, new purchasers are not left without remedies. Fulton declined the opportunity to have a plenary hearing and was entitled to a reasonableness hearing to determine the reasonableness of the underlying data and methodology used by the assessor. Fulton could also have protected itself by including in the contract of sale to require seller to timely respond to any Chapter 91 request and give notice with contractual penalties including responsibility of the resulting higher taxes. The Tax Court’s holding was affirmed.

A copy of the Fulton Partners LLC v. New Brunswick decision can be found here