Specificity is Key When Comparing Hotels 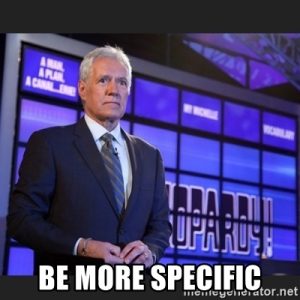 In this matter, Ridgefield Park Lodging Associates (“RPLA”) challenged its 2009 added assessment and 2010 and 2011 property tax assessments. The subject property is improved with a 76,858 square foot Hilton Garden Inn hotel. The Village of Ridgefield Park (“VRP”) counterclaimed that the current assessments were lower than the true value of property. RPLA withdrew its complaint believing VRP would reciprocate, however, VRP did not. Therefore, only VRP’s counterclaim is before the court. Tax Court Judge Joshua Novin held that VRP failed to prove by a fair preponderance that the added assessment and 2010 and 2011 tax years property tax assessments fell below its true value. RPLA’s current assessments were affirmed.

The court acknowledged that VRP met the “cogent evidence” burden of proof standard necessary in challenging a property tax assessment. Pantasote Co. v. Passaic City, 100 N.J. 408, 413 (1985).  This meant the presumption of validity was overcome but the court must then examine the evidence from both parties to “conclude the matter based on a fair preponderance of the evidence.” Ford Motor Co. v. Edison Twp., 127 N.J. 290, 312 (1992).

VRP’s expert utilized the income capitalization approach. This is the accepted method when a property is income producing. Parkway Village Apartments Co. v. Cranford Twp., 8N.J. Tax 430 (Tax 1985), aff’d, 9 N.J. Tax 199 (App. Div. 1986). However, the court distinguished subject property’s use as “not income producing in the traditional sense” as the property was not income producing, but it was the business on the property that was. The appropriate method is to separate the income from use of the property from the income generated by the business. The expert did this by utilizing the “Rushmore Method.” However, since the hotel did not begin operations until April 2009, there was no actual income or expense data to use. Instead, for 2009 and 2010 tax years, the expert-based computations off of data compilations from Smith Travel Research (“STR”) and PKF Hospitality Research (“PKF”) from which he selected five comparable hotels. The expert used the data to determine the estimated value for valuation dates October 1 of 2008, 2009 and 2010.

The court agreed with the expert that the Rushmore Method was credible and reliable in this matter. The expert added that these hotels were selected due to their location in the same market area. He offered no further discussion or information regarding the hotels.

Thus, the court gave little weight to the expert’s conclusions regarding rates and held the “trial record contained insufficient information to enable the court to make a credible and reliable independent finding” of value as of the valuation dates. Accordingly, the court held the evidence presented was insufficient to decide the true market value of subject property by a fair preponderance of the evidence. Current assessment affirmed.