Perhaps not since Otter’s impassioned plea to keep Delta House from being kicked off campus in the 1978 classic movie, Animal House, has a fraternity presented such a creative argument.  Of course, in Gamma-Upsilon Alumni Ass’n of Kappa Sigma, Inc. v. City of New Brunswick, a recent published opinion of the New Jersey Tax Court, seasoned tax appeals lawyers and not Otter stated the case for the fraternity, but the result was the same.  The fraternity lost. 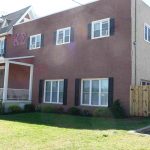 In this case, the Tax Court granted a motion by the City to dismiss a tax appeal by plaintiff, a fraternity at Rutgers University. The City’s filed its motion based the failure of the plaintiff to respond to the assessor’s request for income and expense information under N.J.S.A. 54:4-34 (commonly known as “Chapter 91”).

That the Tax Court ruled in favor of the City in its Chapter 91 Motion is no surprise. What is interesting, and presumably resulted in the opinion being published, are the novel arguments by the fraternity in opposing the City’s motion

The fraternity argued that the property could not be “income-producing” and subject to Chapter 91 because it is a federally tax exempt fraternal organization. It argued also that since the City failed to file an answer to plaintiff’s complaint, it did not plead the non-response as an affirmative defense and therefore waived its right to litigate the issue.  While plaintiff raised other issues, the court focused on these two issues.

The court rejected plaintiff’s claim that its federal tax exempt status absolved it from the consequences of not complying with Chapter 91. The courted noted that plaintiff acknowledged its lease agreements with fraternity members and that it received rental income pursuant to those agreements.  As such, the court concluded this arrangement “undoubtedly renders the Subject income-producing.”  The court also rejected plaintiff’s argument that the focus of the inquiry should be the “character” of the property, which is for a fraternal organization and not to produce monetary income.  The court found that the fraternity’s federal tax exemption does not convert the property to a non-income-producing property for purposes of Chapter 91.

As to the failure of the City to file an answer and plead its Chapter 91 claim as an affirmative defense, the court held the City was not barred from seeking relief by way of its motion.  Here the court relied on Part VIII of the Court Rules governing the Tax Court which does not require an answer to be filed in tax appeals and, as such, the failure to file same may not be a deemed waiver of any defense or to filing of a Chapter 91 motion.  In addition, Part VIII of the Rules describe “with particularity the practice of the Tax Court” as to the Chapter 91 process that has been in existence since 1979 and since that time “the procedural mechanism for asserting a failure to comply with Chapter 91 was by motion as evidenced by precedent.”

The court rejected the balance of plaintiff’s arguments that included: (1) an assertion of the square corners doctrine; (2) alleging that a Chapter 91 motion is tantamount to a summary judgment motion and the City failed to comply with the rules that govern such a motion; (3) the City failed to make a prima facie case for dismissal because it failed to allege, with support, that the property was income-producing; and (4) the motion was premature because plaintiff should have been permitted discovery to determine whether the third-party revaluation complied with the statutory requirements of Chapter 91.

Thus, it appears that Chapter 91 remains an effective shield for municipalities in defending tax appeals. As there is no homecoming parade in the immediate future at which the fraternity could wreak havoc to exact its revenge for the court’s decision, it may take its case to the appellate courts or simply accept the decision and make sure its responds to the next Chapter 91 request.  Not as entertaining as the closing scene of Animal House, but then again, whoever said tax appeals were entertaining.

A copy of the court decision in Gamma-Upsilon Alumni Ass’n of Kappa Sigma, Inc. v. City of New Brunswick, may be found here.

Even in Bankruptcy, Prior Owner’s Failure to Respond to Ch. 91 Request Not Excused

“Hotel for Pets” Is Deemed Not Income-Producing

Tell the Truth and Nothing But the Truth, or Get Dismissed!