When it Comes to Farmland Exemption, You Can’t Have it Both Ways

Home » Property Tax Appeal » When it Comes to Farmland Exemption, You Can’t Have it Both Ways 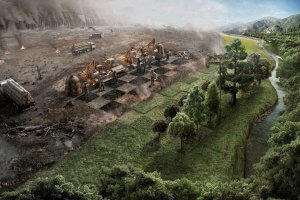 Based on the evidence and testimony presented at trial, the Tax Court concluded that the subject property was in fact put to multiple uses as of the relevant valuation date for tax year 2012 (October 1, 2011).  In addition to farming activities, the plaintiff used the property for various commercial uses such as commercial trucking, scrap-hauling, car repair and restoration, construction and use of a motocross track, and storage of soil from highway construction projects.    The court noted that all these activities were taking place simultaneously with “little effort to distinguish between the farming and commercial operations.”  Based on these factors and plaintiff’s lack of credibility as observed by the Court, the Court upheld the Township’s denial to grant farmland assessment for tax year 2012 given that the dominant use on the subject property during the relevant valuation date was a use other than an agricultural or horticultural use.

Had the plaintiff been determined to be more credible or more forthcoming with his testimony, or at least attempted to limit the commercial uses on his property, he may have had a different outcome.   As noted by the Court, it is difficult to imagine how the dominant use of the property was devoted to farming when, for instance, plaintiff generated $500,000 to $1.5 million for the dumping of soil and storage of equipment on the property during the year in question.

A copy of the Tax Court’s opinion can be read here.