In yet another opinion affirming a local property tax assessment, the New Jersey Tax Court found insufficient data upon which it could make a determination of value. In the unreported decision of VBV Realty LLC v. Scotch Plains Township, issued earlier this month (for copy of decision click here), the court considered a challenge to an assessment of the Scotchwood Diner on Route 22. 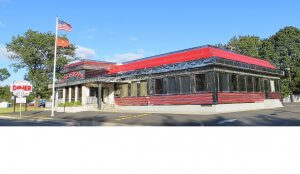 The court found that plaintiff’s appraiser failed to verify, confirm or corroborate information from his comparable sales. Instead he relied on information from the New Jersey Association of County Tax Board Assessors website, the Garden State Multiple Listing Service and Co-Star (an online commercial real estate information and marketing provider).  It seems the only discussions the appraiser had about these sales were with municipal tax assessors. The court concluded that the appraiser had too little information about the sales to consider them as reliable indicators of fair market value for the subject property.  The court stated that the appraiser “failed to verify the integrity of the facts and data upon which he relied” and concluded that “because material issues exist as to the accuracy, credibility, and reliability of plaintiff’s appraiser’s sales comparison approach, the court accords it no weight.”

Likewise, the court gave no weight to plaintiff’s appraiser’s conclusions under his income capitalization approach. Again, the court was critical of the appraiser’s failure to verify data he retrieved from Co-Star upon which he relied exclusively for four of his five leases, all of which were of generic retail buildings.  The court found that the appraiser “did nothing to verify the integrity of the information contained in the [Co-Star] profile.”  As for the only lease comparable for which the appraiser had obtained personal knowledge, the court found that the rent relied upon from that transaction actually resulted from a lease extension option exercised by the tenant.  The appraiser had not seen nor confirmed the details of the original lease with regard to the option.  The court noted that this comparable was also a generic retail building and the appraiser was unaware whether a restaurant was permitted under the applicable zoning and he did not account for fit up costs that to convert the building to use as a restaurant.

Defendant’s appraiser also failed to impress the tax court.  The court was critical of the lack of market studies, surveys or other evidence to support adjustments to account for differences between the subject property and the comparable leases in location, market conditions and parking.   The court found that “[a]djustments must have a foundation obtained from market-derived sources or objective data and not be based on subjective observations and/or personal experience.”  The court concluded that it was unable to come to a value based on this data.

Interestingly, the court noted its obligation under Glen Wall Associates v. Wall Twp., 99 N.J. 265 (1980) to apply its own judgment to valuation data in order to arrive at an opinion of fair market value.  The court concluded however that even though plaintiff presented credible evidence to raise a debatable question to overcome the presumption of correctness, plaintiff failed to prove by a fair preponderance of the evidence that the assessment exceeded the true market value and, moreover, plaintiff failed to provide credible and competent evidence in the record upon which the court could make an independent determination of true value.

This case should serve as another lesson for appraisers and counsel to be vigilant as they prepare cases for trial.  All sales and lease data must be verified with persons of knowledge of the transaction.  Also, any adjustments to account for differences between the subject property and the comparable sales and leases must be explained and supported by some evidence that is more than simply the opinion of the appraiser.

Neither Side Convinces the Tax Court, Assessments Ultimately Affirmed