Finding that Morristown Memorial Hospital (the “Hospital”) is a for-profit enterprise, the New Jersey Tax Court upheld the denial of a local property tax exemption on all but a few areas of the Hospital’s facilities located in the Town of Morristown. The Town denied the exemption for tax years 2006 through 2008, previously granted pursuant to N.J.S.A. 54:4-3.6 and the Hospital appealed to the Tax Court. 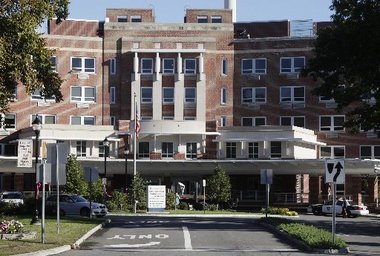 The exemption statute provides for a property tax exemption for property “used in the work of associations and corporations organized for hospital purposes” as long as such property and “the associations, corporations or institutions using and occupying them . . . are not conducted for profit.” Under the statute any area leased to a profit-making enterprise or otherwise used for any other non-exempt purpose is not entitled to the exemption.

The New Jersey Supreme Court has held to secure an exemption under the statute, three criteria must be met: (1) the owner must be organized exclusively for the exempt purpose; (2) the property for which an exemption is claimed must be actually and exclusively used for that tax exempt purpose; and (3) the operation and use of the property must not be for profit. See Hunterdon Med. Ctr. V. Township of Readington, 195 N.J. 549 (2008) and Paper Mill Playhouse v. Millburn Twp., 95 N.J. 503 (1984)

In the Morristown Memorial matter, the court had ruled previously that the first two prongs of the exemption test had been satisfied when it found that the property is owned by an entity organized exclusively for a tax-exempt purpose and that nearly all of the Hospital’s facilities were actually used hospital purposes. However, the Hospital failed the third prong, known as the profit test.

The Town did not submit any affirmative proofs in this case. Thus, the determination by the court was based solely on “the sufficiency and credibility of the Hospital’s proofs.” It was here that the Hospital’s case started to unravel as the court found two of its witnesses – who testified as to the basic structure, organization, operation and various uses of the Hospital and its corporate affiliates – were “at times . . . less than forthcoming, and often lacking sufficient support or foundation.”

Citing the Supreme Court’s opinion in International Schools Services, Inc. v. West Windsor, 207 N.J. 3 (2011) the Tax Court here acknowledged that an organization seeking an exemption may have both exempt and non-exempt sues occurring on its property provided that “the two purposes can be separately stated and accounted for and so long as the non-exempt use is never subject to the property tax exemption.” After consideration of the Hospital’s proofs, the court was unable to discern between the non-profit activities conducted by the Hospital and the activities of affiliated for-profit entities contrary to the Supreme Court holding in International Schools that requires a claimant for an exemption “to conduct its affairs in such a fashion as to allow local taxing authorities to readily determine its eligibility for exemption.”

The court was troubled also by the fact that the Hospital operates in a similar fashion to for-profit hospitals operating as “labyrinthine corporate structures, intertwined with both non-profit and for-profit subsidiaries and unaffiliated corporate entities.”

The court noted that many non-profit hospitals, including Morristown Memorial, “generate significant revenue and pay their professionals salaries that are competitive even by for-profit standards.”  More troubling to the court in this matter is that private doctors and medical practices operate at Morristown Memorial and are able to earn and retain income generated on the subject property.  The court held this violates the profit prong of the Paper Mill test because a for-profit activity is conducted at the site.  The court rejected the argument by the Hospital that the focus of the profit test is on the profitability of the tax-exempt entity, and held that the for-profit activities of the doctors must be considered.

It may well be that we have not seen the last of this case.  As of this writing, the Hospital was not sure if would appeal the decision.  Also, it remains to be seen whether Morristown Memorial and other New Jersey hospitals seek relief from the Legislature.  One thing is for certain, the reach of this decision goes far beyond Morristown.  Dozens of municipalities across the State will have to take a hard look at hospital exemptions within their borders.  At the same time, dozens of hospitals that enjoy local property tax exemptions will have to undertake a careful review of their operations in light of this new opinion.

A copy of the Tax Court’s opinion in AHS Corp., d/b/a Morristown Memorial Hospital v. Town of Morristown may be found here.