Is COVID-19 “Shutdown” Compensation Due Under Disaster Control Act? And Who Gets To Decide?

Home » Condemnation Law » Is COVID-19 “Shutdown” Compensation Due Under Disaster Control Act? And Who Gets To Decide?

JWC Fitness v. Governor Murphy:  The complaint was filed about a month ago and was subsequently dismissed by Assignment Judge Stuart Minkowitz on jurisdictional grounds.  Judge Minkowtiz held that jurisdiction rests exclusively in the Appellate Division pursuant to N.J.R. 2:2-3(a)(2).  On motion for reconsideration, Judge Minkowitz agreed that dismissal was not appropriate and that transfer to the Appellate Division was instead the appropriate remedy. 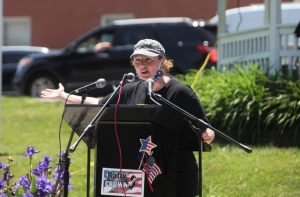 Plaintiff is the owner of a Sussex County kick-boxing studio that was forced to close under Governor Murphy’s Executive “Shut Down” Orders first issued in March of this year.  The business offered in-person kick-boxing training essentially one-to-one.  Most of the clientele were annual dues-paying members.  The business opened about ten years ago and was a profitable enterprise.  The six-month closure affected by Governor Murphy’s Executive Orders has forced the business to close permanently.  The restrictions imposed on reopening were not viable for the one-to-one kick-boxing training model.  The owner certified that she could not cover operating expenses with the limited capacity permitted under Executive Orders.

The interesting aspect of the case is that the owner is not challenging the Governor’s authority to close businesses for the public good.  The owner instead seeks a Declaration that the Disaster Control Act – cited as the legislative basis for the Governor’s authority in his Executive Orders – compels “reasonable” compensation be paid for private property taken for public use.  The owner is arguing that the Governor’s admittedly broad powers under the Act are subject to the condition that compensation would be paid to affected property owners by establishing County “compensation boards”.  Again, the owner did not ask the Court to invalidate, stay, or limit the Governor’s Executive Orders.  Rather, it requested that the Court declare that the Governor must comply with the substantial conditions imposed by the Legislative in granting such broad executive authority… the establishment of County Boards to determine fair and reasonable compensation.

We previously blogged about the NJ Executive Orders’ reliance upon the New Jersey “Disaster Control Act” as legislative authority for orders, but also the “compensation board” requirements of that legislation, in our April 2020 blog post:

With this in mind, whether the Executive Orders caused a compensable taking to this plaintiff has not yet been decided.  Furthermore, how the issue of the possible taking might be adjudicated is now, at minimum, unclear, since under New Jersey law the question of whether government action or regulations have caused a taking – commonly referred to as an “inverse condemnation” – is ordinarily an issue to be decided by a trial court, not an appellate court. The New Jersey Disaster Control Act itself, not only requires the compensation boards to decide the compensation in the first instance, but the legislation also specifically provides that any claimant who disagrees with the decision of the emergency compensation board may appeal it by filing an action against the State in the Superior Court of New Jersey, where it will then proceed pursuant to the practices and procedures applicable to condemnation proceedings.  N.J.S.A. App. A:9-51(3).  The practices and procedures applicable to condemnation proceedings in New Jersey are set forth in the Eminent Domain Act, N.J.S.A. 20:3-1, et seq. and its implementing court rules, R. 4:73-1, et seq.  And those practices and procedures provide for the Law Division of the Superior Court, not the Appellate Division, to have jurisdiction.

Will this latest decision place the aggrieved property owner on a legal merry go round?  Time will tell. But we will be watching this case closely as it may provide grounds for property owners Statewide to seek compensation for the forced closure of their businesses in the name of the public good.