COVID Eviction Freezes – Who Is Supposed To Pay? 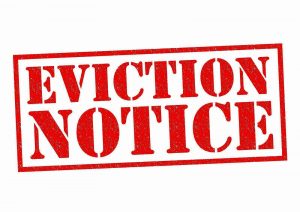 Yesterday, the United States Centers for Disease Control and Prevention (CDC) issued what is perhaps its most far-reaching order concerning the COVID-19 pandemic.  The order, available here, was not an order concerning travel, immunization, or other health-related concerns tied to the pandemic, but rather an order seeking to halt evictions of residential tenants on a nationwide basis, where the alleged basis (from a health care perspective) is to “prevent the further spread” of COVID-19.  News reports on the CDC Order are available from Reuters and the New York Times.

The CDC’s foray into the real estate world is far from the first effort by the government to impose moratoria on evictions, in a presumed attempt to keep people in their homes to protect them from the public health concerns of COVID-19 and the economic impacts of the pandemic.  Indeed, under the federal CARES Act, a four-month moratorium on residential evictions was put into place, but that moratorium was limited to about 12 million Americans who qualified with federally-backed mortgages.  The CARES Act moratorium expired in late July, leading to eviction lawsuits around the country.   To stave off this wave of evictions, some State and local government agencies have issued executive orders imposing similar moratoria, and most of them have either been upheld thus far or have not yet resulted in judicial determinations as to their validity.  Also, the recent CDC order is not limited to “qualified” borrowers who have federal funding or federal-guaranteed funding.  It appears to apply to all mortgages and only requires the tenant to fill out forms that confirm that the tenant falls within certain income criteria and has been impacted in the ability to pay rent due to the pandemic.

One lawsuit challenge to an eviction moratorium was recently rejected by a court in Massachusetts, where the Commonwealth had issued a series of such orders at the focus of this decision from the Superior Court of Massachusetts last week, rejecting the challenge on the bases that the moratoria were only “temporary” and did not, therefore, satisfy the legal criteria required to prevail in a regulatory takings matter.  A more in-depth analysis of the Matorin case in Massachusetts is available in the Inverse Condemnation Blog from our OCA colleague, Robert Thomas.

These regulatory efforts, and the legal challenges to them (there have been others in States like Illinois), are all but certain to remain in the news in the coming months, as the impacts of the COVID-19 pandemic continue into the fall and winter around the United States.  With this in mind, we ask our readers to give thought to the following questions and issues raised by the eviction moratoria in the coming weeks and months:

These are only some of the questions that need to be answered, as the ripple effects of the eviction moratoria are certain to raise more, and to create more problems.  Like many efforts of our government agencies, the moratoria were likely created with good intentions, to assist our citizens during an unprecedented public health emergency.  Yet we can’t help but think that these measures, despite good intentions, will end up causing more problems than they may reduce.  Apparently, we’re not alone, as industry leaders have already voiced their concerns.

Your thoughts are invited on this troubling issue!  We’ll also be discussing it in more detail in this American Bar Association webinar next week if you’re interested in hearing more!