The “Apartment Association of Greater Los Angeles” has sued the City of Los Angeles in United States District Court for the Central District of California.  A copy of the filed complaint is available here.  According to the Complaint, in the wake of the “Wuhan Coronavirus”, the City “hastily” adopted a series of measures that prevent owners and landlords from their contractual and statutory remedy of eviction where a tenant refuses to pay rent.

The complaint alleges that the combined Eviction Moratorium and Rent Freeze Ordinances violate:

“The United States and California Constitutions, on the grounds that they improperly interfere with Plaintiff’s members’ contracts and due process rights and constitute an improper uncompensated taking of the fundamental property rights of Plaintiff’s members. The Ordinances are further preempted by California law and the unlawful detainer statutes, which are intended to fully occupy the field of eviction procedures.” (Par. 8).

Moreover, “the effect of the Ordinances will thus be to put many of Plaintiff’s members out of the rental business, either through foreclosure and/or bankruptcy, ultimately reducing the badly needed supply of rental housing within the City and further driving up the cost of housing. The City was fully aware of this when enacting the Eviction Moratorium, with some officials openly hoping to convert private distressed properties to public housing. The stakes for immediate relief from this Court could not be higher.” (par. 9).

The complaint seriously criticizes the Ordinances’ lack of an “inability to pay” proof requirement.  The complaint also provides a detailed analysis of enhanced unemployment benefits available under the federal CARES Act, and argues that many tenants may be receiving more income than they were pre-COVID while claiming an inability to pay rent due to COVID.  Consequently, a tenant could avoid payment of rent for up to a year after the emergency order expires, and the owner has no remedy for non-payment, and then when the tenant vacates after that year, it will have to chase a likely un-collectible judgment.  Billions of lost rent without a remedy authorized by the emergency Ordinances.

The Complaint asks for Declaratory Relief as follows:

“The Ordinances effectively amount to an impermissible “partial” or “complete” taking in violation of the Takings Clause of the Fifth Amendment of the United States Constitution in that the prohibition on Plaintiff’s members’ ability to collect rent constitutes a regulatory taking of private property, for public purpose, without providing just compensation therefor. Furthermore, the Ordinances violate the Takings Clause of the Fifth Amendment in that the complete prohibition on Plaintiff’s ability to collect rent constitutes an irrational, arbitrary, and capricious law bearing no rational basis to any valid government interest. The notion that the Ordinances are absolutely necessary to protect tenants from losing their homes amidst the wide availability of financial resources, unemployment benefits, and other reasonable alternatives, demonstrates the gross overreach by the City at the unconstitutional expense of the property owners.”

This is not the only way in which landlord-tenant issues have started to arise in the legal world.  Last week, the city of Ithaca, NY, announced that it was undertaking efforts to “cancel” rent payments for residential properties due to the impacts of COVID-19.   Exactly how this concept might work, and whether placing the burdens of those actions on private landlords and/or their financial partners will constitute takings of those properties remains to be seen.

The effects of this pandemic are far from over…. 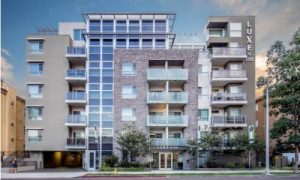